“My first year in Belgium” or “Mijn eerste jaar in België”

Reading my own headline, I can’t believe that an entire year of my PhD has almost passed. 52 weeks, 365 days, 8760 hours, 525 600 minutes or 31 536 000 seconds have passed since I moved here. It feels like yesterday that I arrived but so much has happened and changed in this year that my brain tells me, logically it can’t have been just yesterday.

I remember the day I arrived — it was a sunny afternoon. I drove all the way with my red Fiat 500 from Munich to Gent, 9 hours straight (850 km). I can say with certainty that my excitement covered all of my tiredness from the long trip. 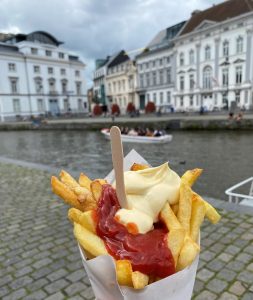 I didn’t speak a lot of Flemish yet and neither did I know that Belgians emphasize they speak Flemish and not Dutch, nor that there actually is a distinct difference. I didn’t know about the importance of the Frituur, that fruity alcoholic drinks are called fruit beers or that taking the bike is the most popular and also most accepted means of transportation, independent of the weather.

When I arrived, COVID was still very present. Quarantine upon arrival was mandatory with a following PCR to test out of it. Very strange to live in a new city without knowing anyone, but also without being able to explore at least your neighborhood when you arrive.

Restaurants still had early closing hours, bars and night clubs were not open, masks were mandatory everywhere, but the weather was the most beautiful ever. Little did I know about Belgian weather at that time but the following summer taught me well to enjoy and absorb every single ray of sunshine I can get. 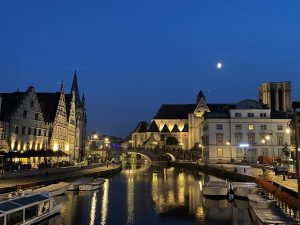 Luckily, I made friends here soon and I never thought I would ever say the following: thanks to Facebook. From an existing Facebook group, a smaller spin-off was created on WhatsApp. A small but growing amount of people were organizing meetups, most of them in a similar situation: new in Gent, not a lot of contact to people due to COVID and happy to finally meet in person again. During summer we went for drinks and food, had bigger gatherings in the evenings every weekend, explored neighboring cities, went swimming in the Blaarmeersen or in the Dutch sea, played tennis/padel, and so much more.

From this big group of expats (yes, also Belgians who moved to Gent are part of this group as they found it hard to make friends here), smaller groups emerged- people one felt close to and people one enjoyed spending time with.

Thanks to the large group, I now have a close circle of friends here in Belgium — people I can always rely on, who care about me and with whom I spend a lot of time. This has a huge impact on my daily life and makes me feel home here. 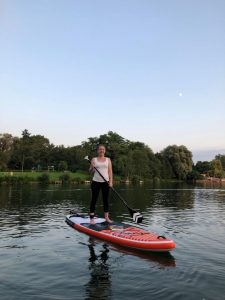 Now, almost one year later, I have also adapted well to the Belgian culture: I own a bike and several rain jackets and pants to cycle even in the worst weather, a visit at the local frituurke on Sundays is obligatory, I started to accept that beer can be drunk at any time of the day but most important for me is: I can understand and also speak to people in Flemish. 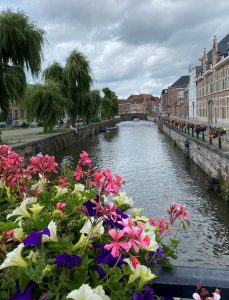 With all that happened in the first year, I am very curious to see how the following years will be like. Maybe they will also pass in the blink of an eye, but hopefully with similarly great memories to the ones from my first year here.