The Harrison Memorial Medal is awarded every two years, in memory of the distinguished pharmaceutical chemist Colonel EF Harrison. It is presented to an individual who has made an outstanding contribution in advancing pharmaceutical science.

Professor Basit is internationally recognised for leading in the fields of oral drug delivery, microbiome medicines, three-dimensional printing of pharmaceuticals and digital health. He has also founded three start-up companies.

His research has led to a series of transformative drug delivery systems, translated into the design of new technologies and improved therapies, many of which have been commercialised and launched worldwide including a new treatment for inflammatory bowel disease. To date, more than a million patients have benefited from inventions created and developed in the Basit Research Group.

Join Professor Basit at the RPS Science and Research Summit 2022

Professor Basit will be delivering the Harrison Lecture at the RPS Science and Research Summit on Friday 24 June 2022 at County Hall, London. Professor Basit joins a fantastic line-up of speakers for a day packed with science, research, innovation and networking. 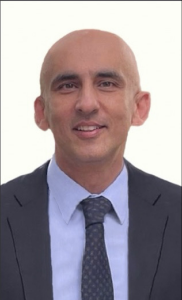